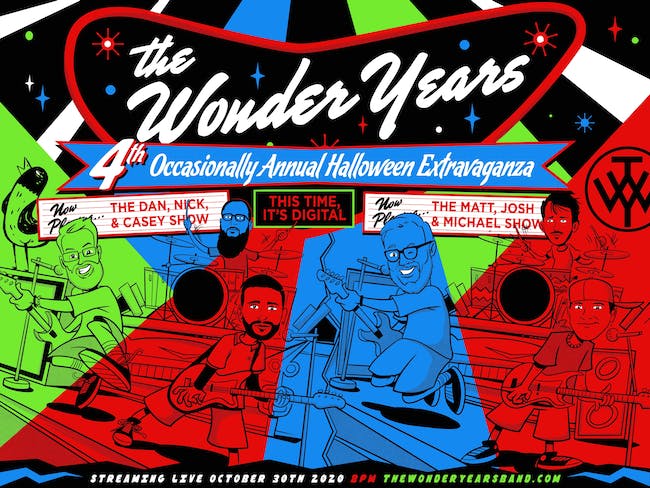 The band has limited merch, posters, and more along with livestream tickets for sale!

The Wonder Years is an American pop punk band from Lansdale, Pennsylvania that formed in July 2005. Since their conception, they have released six full-length albums, two EPs, and several splits/compilations. The group is currently signed to Hopeless Records. Their name originates from a paper that lead vocalist, Dan 'Soupy' Campbell, read that was written by one of his after-school educators titled "The Wonder Years." The Wonder Years were born in 2005 out of the remnants of an old Lansdale, PA band called The Premier.
Venue Information: