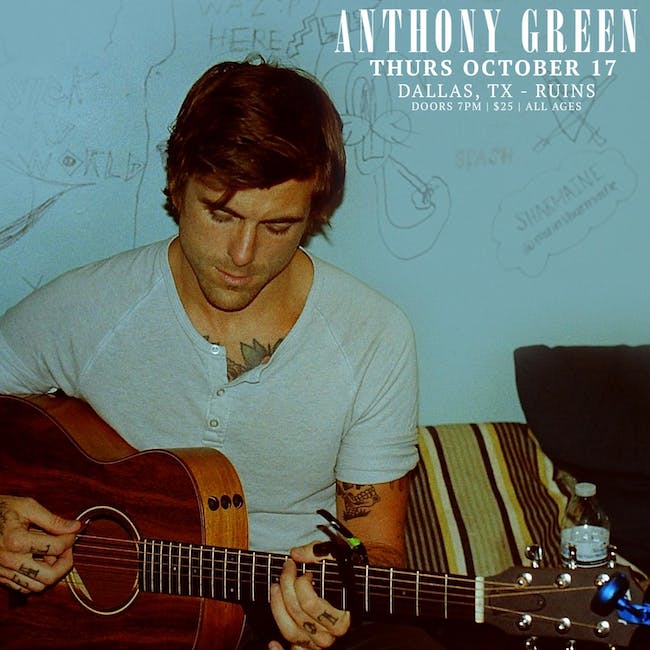 Find fan tickets to this sold out show on Lyte.com

Maybe it’s the fact that he’s made it this far, despite every roadblock life could throw his way, that has instilled such a newfound confidence in Green’s songwriting; maybe it’s coming to understand what it means to live with a bipolar diagnosis; or maybe it’s just that he’s a father now and really, really misses his family while on tour. Regardless of the motivation behind it, Would You Still Be In Love is undeniably Anthony’s most honest and best work to date.   Artistically speaking, songs like “Changing Shape” and “You’re So Dead Meat” are among the records strongest displays of growth for Green, with his earth-quivering, signature vocals layered effortlessly atop delicate and timeless arrangements. He also brilliantly covers the song “Love” from the 1973 Disney film Robin Hood, and does so in such a genuine way that you’d think it was penned by his own hand.   But the moment Anthony shines the brightest is also the realest, on album closer “Real Magic.” The demons Anthony faces across Would You Still Be In Love are the same he’s been fighting all along, but here, he takes solace in understanding how alike we all are in these emotional shortcomings. It’s a metaphor for the record and really, where Anthony Green is at in his life today; it’s about appreciating what you’ve got regardless of the insurmountable odds that may stand in your way.